I Was Robbed During An Afternoon Tea in London. 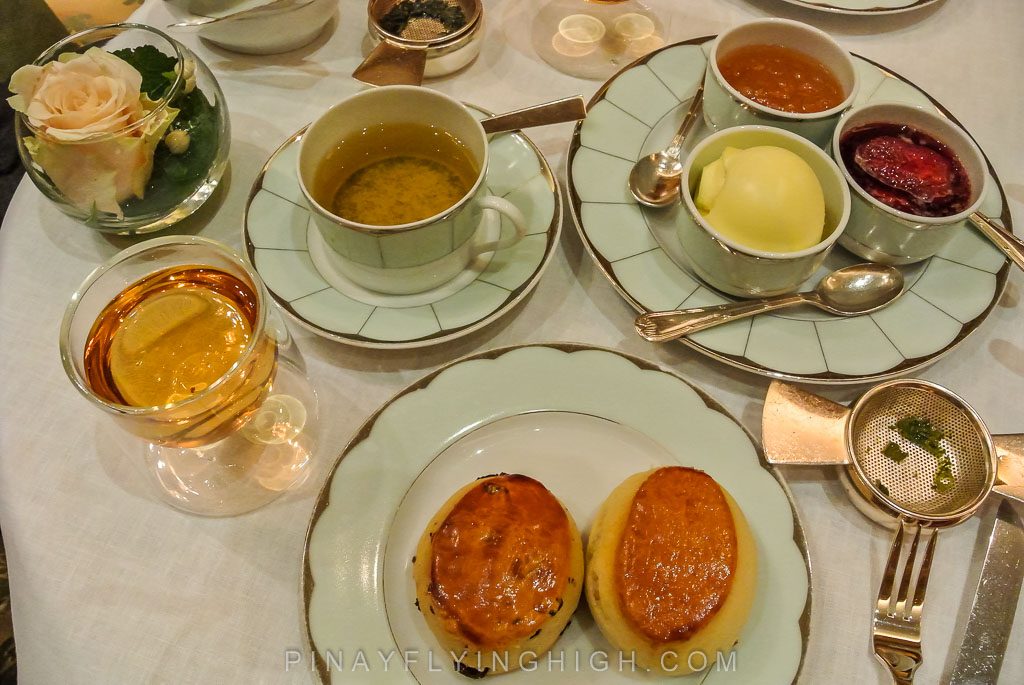 I’m still a little bit shaken about what happened to me the other day. I’ll try my best to go through it with you as I want to warn everyone of this despicable event which I wouldn’t wish to happen to my worst enemy. Yes, I was robbed during an afternoon tea in London and the person who did it was the regally-dressed hotel staff. She came gliding to our table and handed me the bill, as soon as I opened the leather folder I had to control myself from shouting expletives and accuse her of daylight robbery. Sixty pounds for freaking sandwiches?!? What kind of f*ckery is this?

Note: The afternoon tea was priced at £55 per person. It’s £60 per person including service charge.

Well okay, she didn’t personally rob me (although it felt like it). It’s not like they dragged me in the hotel, force-fed me with sandwiches and tea and then asked for money. I actually (read: stupidly) went there out of my own free will. I volunteered.

Let me retrace the story back a bit. Since we moved to London, I’ve been asked a gazillion times if I’ve ever tried afternoon tea yet or if I have a recommendation where to have one.  To be completely honest, I wasn’t very keen into trying it but I know that I kinda have to at some point. I’m in London after all, embrace the culture and have an open mind they say and I actually wanted to like it.

There’s something about eating delicate sweets and sipping tea served in tiny cups of elegance that I find quite endearing. I’m not a posh person at all in fact, I’m the complete and total opposite. So if enjoying an afternoon tea will put a hint of posh-ness in me then give me two pots please. 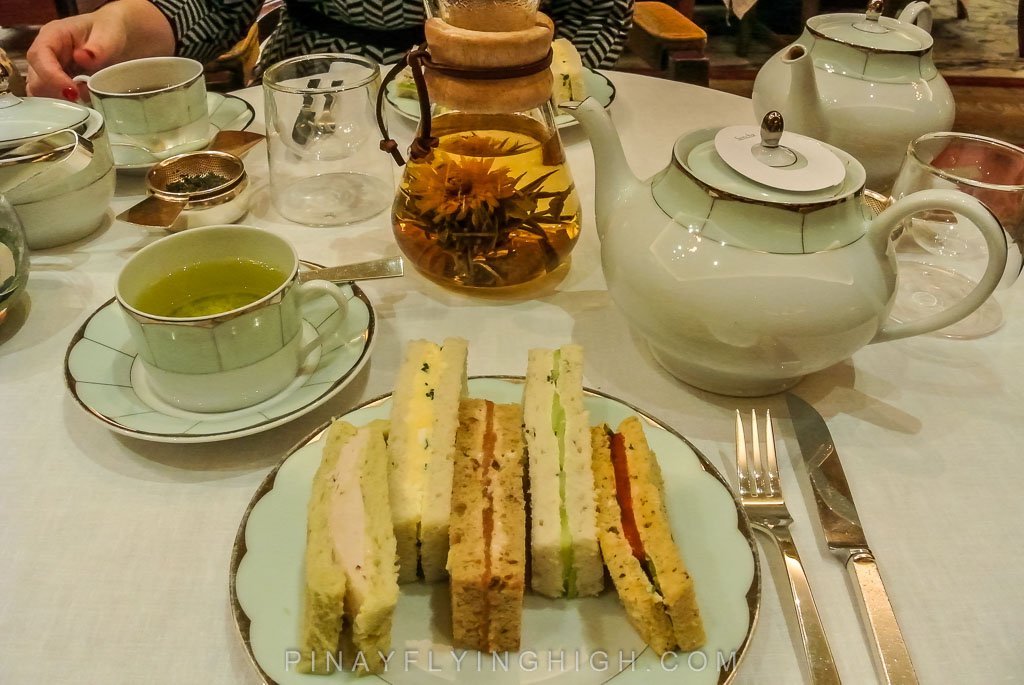 We went to a five star hotel in central London close to Hyde Park, I’m not going to say which one because it doesn’t really matter. It’s not their fault that I didn’t like my first afternoon tea experience, I don’t think where it was served mattered to me. It’s the whole concept of the afternoon tea which I actually didn’t like, let me tell you the reasons why.

Why would I pay more than £10 for a few crust-less sandwiches, some desserts and tea? I can buy everything served to us in Marks and Spencer at a much more reasonable price than what we have actually paid. Yeah, the five star hotel lobby was an amazing place to serve tea but so is Hyde Park across it. If I will pay £55 for sandwiches, desserts and tea – it better be served with fireworks and a pot made of gold which I can keep.

I did my whole research about the origin of the afternoon tea. It was during the 18th century when a Duchess apparently started it because she would always go hungry at 4pm and dinner was not served until 8pm. She then started asking her servants to serve her and her besties some sandwiches and tea. So yeah, gluttony is basically what started it all. Lol. 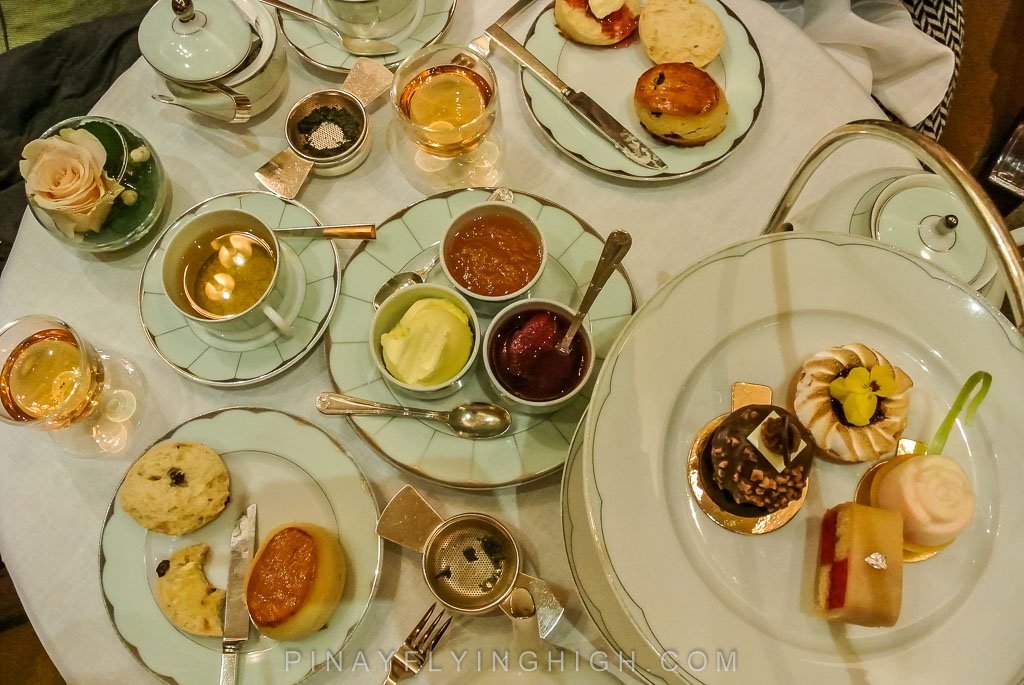 We had it at 1pm though which is a normal serving time of afternoon tea these days. The meal is too light and probably to sweet to be called lunch and it’s definitely not breakfast either. It can be called snacks but then if I’d have it for snacks I’ll prefer to eat it around about 3pm but I definitely won’t eat that much of sandwiches for snacks. Do you see the dilemma here? It’s too light to be called a meal but too heavy to be called snacks. It’s neither because it’s an afternoon tea, wtf right?

Generally speaking, having an afternoon tea is some sort of a social status symbol when it was first started. It originated in a palace by people who can afford to eat an extra meal during the day. I don’t think the social status aspect of it has changed at this time. I mean, who can afford to pay £55 for tea? I’m all about trying out new things and although I’m not particularly rich, I do want to splurge on myself from time to time. I won’t do it though for the sake of social status, I’d do it because it’s worth paying for and I honestly don’t think an afternoon tea is.

For £55, I’d rather go back to Sake no Hana and have their 5-course lunch promotion priced at £31 per person and then order cocktails for the remaining balance. It’s a much better experience believe you me.

We each got 4 pieces of sweets to culminate our afternoon tea experience. I basically ate a quarter portion of each of the three desserts served to us and dissected the rest just because I paid £55 for it. I’m horrible, I know. I wouldn’t say that the desserts served to us were particularly unique or special. I very rarely eat sweets but if a time comes that I’d crave for it, I’d rather buy 24 pieces of macarons from Laduree for the same price because that sh*t is the bomb!

I felt like a complete fool paying such a huge amount of money for the food that we ate. Yes, the sandwiches were great but let’s all be real here, it’s a freaking sandwich! Yes, the place where we had our afternoon tea was lavishly outstanding but I lived in Dubai and Doha where dining in 5 star hotels is the norm because that’s the only place where you’ll be served alcohol in that region. So no, it’s still not worth the £55 that I paid. 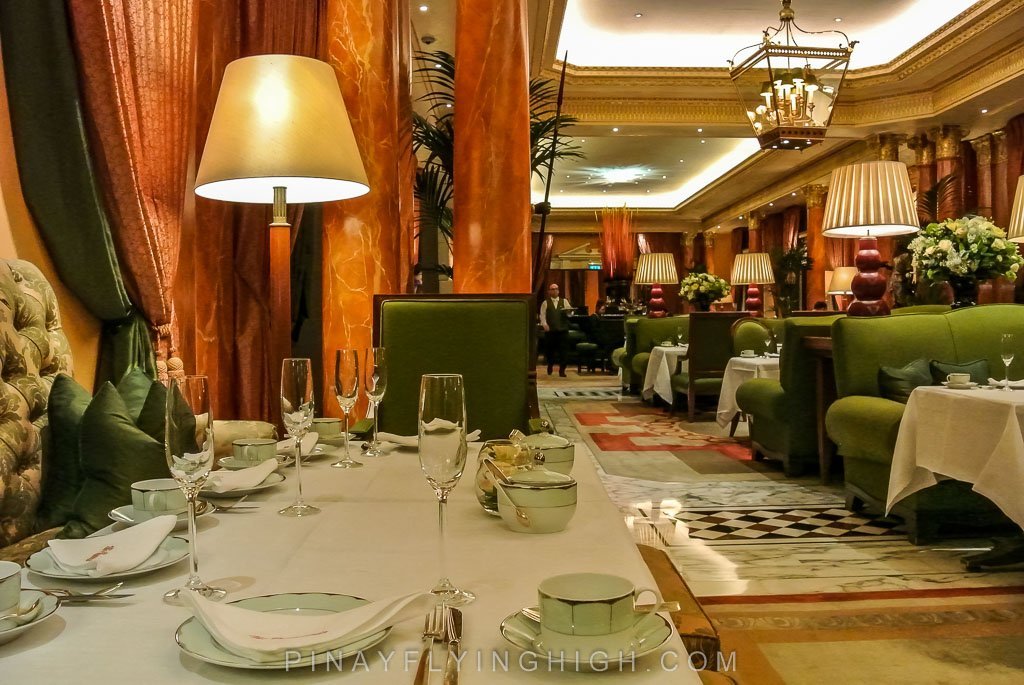 The worst part of it all was, I went there myself. It’s not like I was dragged by my hair to go inside that hotel and try the afternoon tea by force. I was actually hopeful that I would like this experience but the only thing that I liked about it was the company I was with. I think my friend actually liked it and although I may not agree with her, I’m actually very glad that she did.

Afternoon tea, a London experience that I’m happily ticking off my bucket list and the one thing that I’d avoid all my life. Don’t take my word for it though because I’m kinda weird.