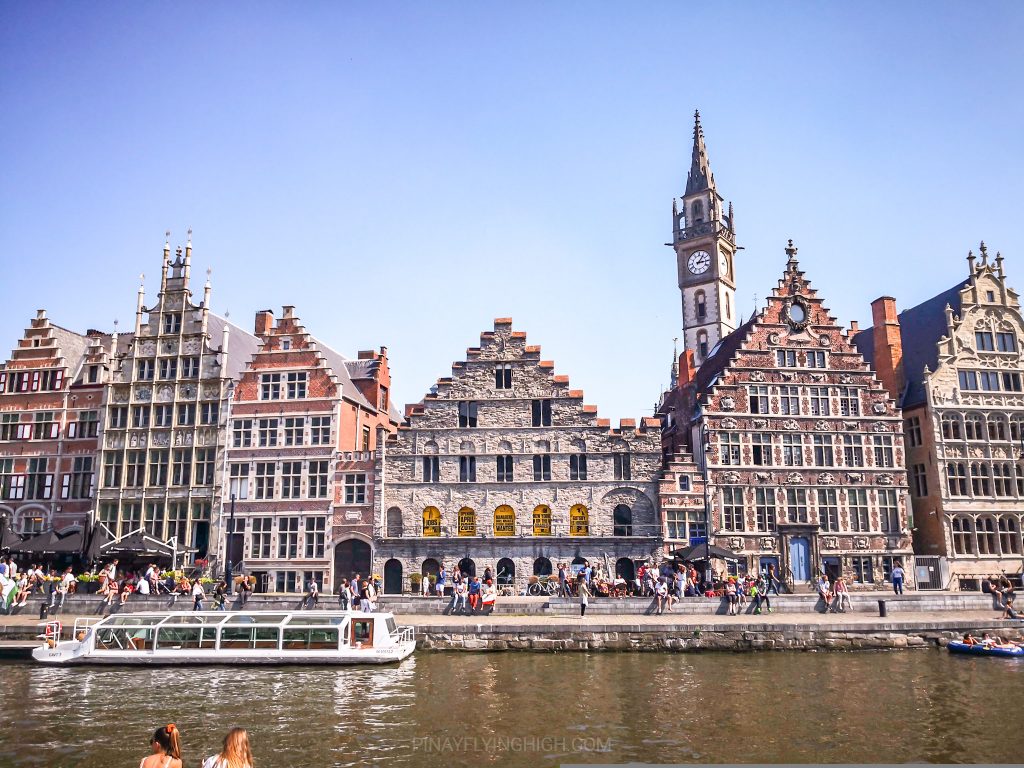 While we did only stay 24 hours in Ghent, I recommend at least a 2-night stay if you're planning to explore much of what this lovely place has to offer.

While we did stay for only 24 hours in Ghent, I think it deserves more than that. There are so many things to explore and discover in this lovely port city that an overnight stay wouldn’t be enough. We used it to break our journey from Delft back to London and on top of that, it was the Easter weekend when we were there so most of the tourist attractions were closed. We plan to go back there though and stay for longer, its beauty is mesmerizing that you’d want to take it all in for a much longer time.

Since it’s only a 24-hour stay, we decided to book a one night accommodation in Marriott Ghent which offers an unrivaled location in the city. You can easily walk around the area and reach some of Ghent’s most famous attractions so if you’re constrained in time or just want to be in a comfortable area, this is definitely the hotel to stay in. There’s also a fabulous bar just beside it called “Meraki” where you can enjoy a nightcap while watching the world go by before you walk for less than a minute back to your hotel. I absolutely loved it!

We arrived at mid-day and immediately ventured out of our hotel to explore the city. Ghent is famous for its beautiful architecture, medieval castles and of course, the riverside location. The hotel was very close to one of the famous sights of the city – St Michael’s Bridge where you get an amazing view of the beautiful riverside. I wasn’t really on proper form for exploration at the time, it was extremely hot and humid. The heat was draining all the energy I have as well as the husband’s. We went inside a church not to see it but to seek refuge from the heat, it was air conditioned inside so we stayed there longer than we would normally do. Lots of people had the same thought though as you can see so many tourists sitting on the pews fanning themselves with tourist brochures. It’s the Easter weekend so the whole city was packed with tourists.

When we got out of the church and were exposed once again to the heat and the chaos of the city, both the Greek Mister and myself decided to ditch being a good tourist and sit somewhere instead to have a beer. We were still both tired from the weekend that we spent in Delft so the heat and the crowd weren’t something we’d love to deal with at the time. Luckily, we found a front-row table in a small square near the church that we went to where we could sit outside and watch the people around us – one of my favorite things to do.

It was also the time that I realized how old I have become, I wouldn’t normally sit somewhere until I have explored every nook and cranny of the place I’m visiting. I would normally be walking around the entire time and only take a break at the end of the day but the heat and all the walking that we’ve done in the previous days in Delft made me yearn for a comfortable outdoor seat and a huge glass of cold fruity beer which Belgium is famous for. It’s a good thing that most of the tourist attractions were closed for the Easter weekend, it would definitely make me feel guiltier otherwise.

Once we’ve managed to gather enough energy to walk around which coincidentally is also the same time as the sun was no longer at its peak, we explored the city aimlessly. We were of course drawn towards the riverside area which was absolutely lovely. So many restaurants and bars by the river, if we lived in Ghent we’ll definitely be trying each and every one of them every weekend.

We stopped for dinner at a restaurant near the hotel, I made a mental note to remember which restaurant it was but unfortunately I wasn’t able to jot it down. I wanted to warn everyone not to go there because it was seriously the worst meal I’ve ever had. I ordered mussels and fries, my favourite dish to order in this region while The Greek Mister ordered salmon. No more than 5 minutes later, our food was served – very bad sign. When I had my first bite, you can immediately tell that it wasn’t fresh and the salmon my husband had looks like it’s been microwaved. It was seriously disgusting. Our fault though because we didn’t do much research and we decided on having our meal in the most touristic part of the city – of course it will be bad and overpriced. We went to have some drinks in some of the bars along the river to wash away our sorrows from the bad meal that we’ve had.

The next morning, we had breakfast at the hotel and I ventured out with my phone to take photos of Ghent before the bus load to tourists arrive for the day. I loved it better in the early mornings – it’s peaceful and a lot more beautiful. I will definitely go back and stay for a longer period of time.