11 of The Most Beautiful Views I’ve Seen 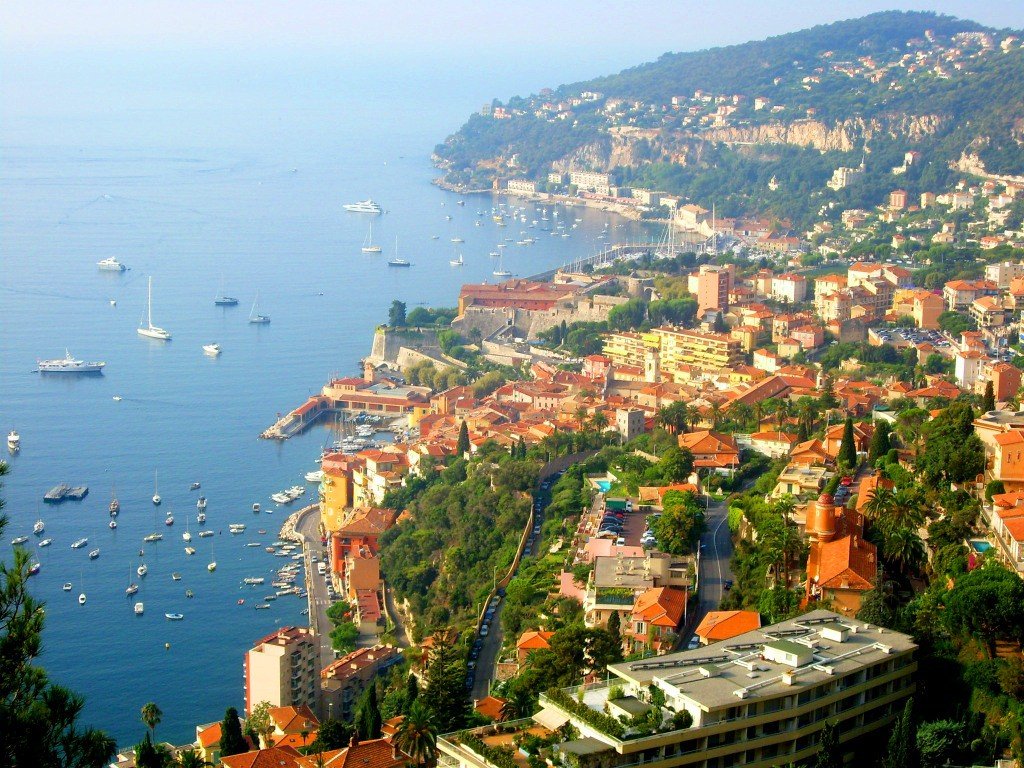 The world is a wonderful and beautiful place, that I know which is one of the reasons why I travel. Seeing the places I normally hear people talk about makes it such a surreal experience for me. Who would’ve thought that a small town girl like I am would be able to see these breathtaking views around the world? As hard as it is for me, I’ve picked 11 of the most beautiful views I’ve seen so far during my travels. I apologize in advance if this will trigger the wanderlust in you. 🙂 It looks like someone played with a lego. :p

I am not a big fan of New York, it’s too congested, polluted and it stresses me out. A little warning though, I really am not a fan of big cities generally – I am no city girl. I have to admit though that the aerial view from the Empire State building is absolutely fantastic! It lets you enjoy the city without having to deal with the congestion below you.

You can read more about my New York trip here. I left my heart in San Francisco.

I know I said previously that I am no city girl but San Francisco is a city like no other. To start off, it’s not as congested as New York and the whole vibe of the city is hip, young and fun. The hilly landscape of San Francisco gives you an incredible view practically anywhere you go.

You can read more about my San Francisco trip here. Paris is always a good idea. 🙂

My favorite city in the whole wide world is Paris, it’s so posh, chic and historical. Its classic beauty is best viewed from Sacre Coeur, I can spend hours and hours just sitting on one of its many steps, watching people and eating a baguette. :p

You can read more about my Paris trips here. Ahhhh Lyon, the unexpected beauty. I know that it’s going to be a beautiful city before I went there but I never realized how pretty it is actually going to be. I spent my mornings having coffee at the Basilique Notre-Dame de Fourviere which gives you an unparalleled view of the Old Lyon which in totality is a UNESCO World Heritage Site. It’s much lovelier at night of course! 🙂

You can read more about my Lyon trip here. Does it look like it came out straight from a Dan Brown book? 🙂

My first time in Florence was actually an impromptu trip. A woman I met during a party at the Spanish Steps in Rome asked me if I wanted to go with her to Florence the next day and I immediately said yes without knowing what was in store for me there. I’m glad I did because this view really took my breathe away. Best viewed while eating a gelato.

You can read more about my Florence trip here. If that’s not a great view while you’re driving, I don’t know what is.

I have nothing to say other than this is the best view I’ve ever seen on a roadtrip. Ever.

You can read more about our Big Sur drive here.

The old buildings, the gondolas, the Italians serenading you with some opera songs (including but not limited to the very popular O Sole Mio)… tt’s hard not to fall in love with this place. Everything about it screams romance except probably the smell in some areas. 🙂

You can read more about my Venice trips here. It’s not only the view of Meteora which took my breathe away, knowing how these were built will definitely leave you in awe as well. It really is a place that you must see at least once in your life.

You can read more about my Meteora trip here. It’s not only for gambling! 🙂

I have always referred to Monte Carlo as a fairy-tale village because it does look like one. When I arrived there, it seems to me like I have walked in a movie set and that everything around me was fake. It was too beautiful and the views were of course, fantastic too!

You can read more about my Monte Carlo trip here. It’s one of those places which will make you say OMG!!!! at first glance. It’s amazing, mesmerizing and oh so beautiful!

You can read more about my Nice trip here. How can that not be the best view you’ve ever seen?

Of course, it must be in Santorini – the most beautiful view I’ve ever seen. I think a lot of people will agree with me as I have seen this place in numerous magazines and articles describing its ethereal beauty which made me want to put it at the very top of my bucket list. When I saw it myself, it didn’t disappoint – in fact, it actually surpassed my expectations which I thought was not possible at all.

You can read more about my Santorini trip here.

That’s 11 of The Most Beautiful Views I’ve Seen, what’s yours?